What is Emotional Intelligence?

What Does Emotional Intelligence Have to Do With Business?

Emotional intelligence involves being sensitive to and perceptive of other people’s emotions, and having the ability to intuitively facilitate improved performance based on this knowledge. The modern workplace is characterized by open communication, team work, and a mutual respect among employees and their supervisors. Possessing emotional intelligence allows managers to better understand and motivate people they supervise.

Emotional intelligence bears an important impact on self-development of the manager and his leadership qualities. Practicing activities that support EI behavior illuminates positive effects that can be observed and measured by higher productivity. Its impact is visible in building positive relations and gaining emotional commitment of employees. At a higher level this strengthens organizational culture, sharpens its resilience and stretches its flexibility, both in the long run lead to greater competitive advantage in the market. Empathic communication between CEOs and employees develops a culture of trust that increases synergy among team members. Synergy stimulates employees’ creativity, which is essential in developing new solutions and forming innovative responds to the increasingly complex demands of learning society.

Individuals who come from the old school philosophy of management by intimidation often find it challenging to adapt their management style to the demands of today’s workers. In the modern business environment, authoritarian managers are much less likely to be successful for the long term than those who utilize a democratic style of management. If you want to succeed in the business world now and in the future, it’s important that you understand the role of emotional intelligence in business today.

Managers who possess emotional intelligence approach supervisory responsibilities from a different perspective than authoritarian managers. They understand the importance of communicating effectively with staff members, and of treating each employee with respect. Those who want to be effective 21st century managers are well served by developing a deeper understanding of the concept of emotional intelligence and applying it to their management strategies. 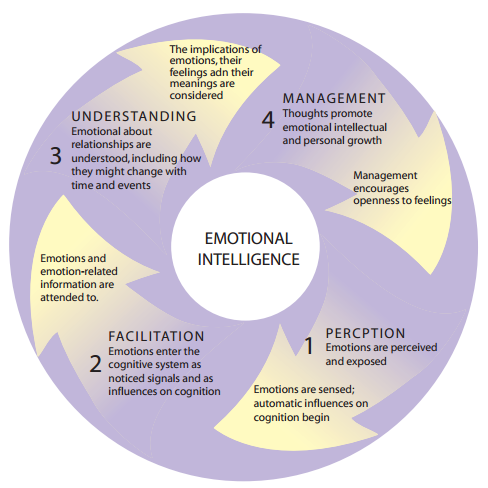 Managers who have outstanding leadership qualities tend to possess emotional intelligence. It’s important to realize that leadership isn’t an inherent part of being in a position of authority. Leadership is something that employees bestow upon the most effective managers, and is reserved for individuals with high standards of integrity and outstanding communication skills.

An individual who is in tune with his or her own emotions is much more likely to be able to understand and empathize with the emotions that impact the attitudes and behaviors of others. This is why emotional importance is so valuable for managers. It’s essential for managers who want to be viewed as leaders to remember that actions speak louder than words. This is something that individuals who possess a high degree of emotional intelligence seem to inherently understand.

Supervisors who take the time to get to know and really listen to their employees are utilizing emotional intelligence as a management strategy, whether or not they realize they are doing so. Most employees respond best to managers who treat them as individuals who deserve respect. When you take the time to focus on an employees’ needs and make yourself accessible to them, that’s exactly what you’re doing.

What is the Role of Emotional Intelligence in Business Today and in the Future?

It’s likely that emotional intelligence is going to continue to become even more important in the business world in the future than it is today. As the baby boomer population approaches retirement age, companies are going to find themselves dealing with labor shortages the likes of which have never been seen before.

In an economy characterized by scarce labor, it’s going to become increasingly important to hold on to the good employees. At the same time, competition for the best employees is going to become even more fierce, and good workers who feel they aren’t treated fairly at work will have an easy time finding employment elsewhere.

The best way to hold on to the employees that you want to keep is to incorporate emotional intelligence into your personal and organizational management philosophy. Managers and business owners can’t let themselves lose sight of the fact that their employees are people, with real lives and emotions that impact how they think, feel, and act. Managers with emotional intelligence understand that their staff members are people first and workers second.

The Blog of Borja Burguillos